If you are not happy with the shape of your body and cannot get your desired body shape through diet and exercise, you may consider liposuction as a solution. 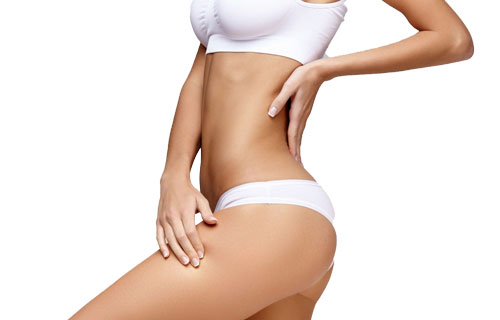 Obtaining visa for American, British and Canadian citizens is more costly and time consuming, Ask us please to get more information about it.

3 to 5 Star Hotels Near Your Clinic/Hospital

Liposuction Before and After Photos

Liposuction in Iran: All you need to know

Liposuction is the most effective body contouring option used to eliminate fat cells from the different parts of the body like arms, thighs, stomach, face, and neck. In the US, liposuction is expensive, with an average cost of $3,500 for each area. According to ASPS, 18 million people undergo cosmetic surgeries in the US alone, and liposuction is among the top five cosmetic procedures.

Where is the most affordable place to get liposuction?

Liposuction is a popular and regular cosmetic procedure in Iran; many people from outside of the country travel each year to have full-body liposuction in Iran.

Lots of rice and meat for every meal, a lousy lifestyle, and a poor diet makes people fat in Iran. Instead of changing a bad diet and lifestyle, many Iranians go for a liposculpture and tummy tuck in Iran.

This high demand for liposuction in Tehran, Iran, has made Iranian cosmetic surgeons the best ones in the world. Cosmetic surgeries are getting more and more popular day by day as people are seeking new appearances and faces. Liposuction is not a primary tool for bodyweight loss; it is instead considered as a plastic surgery aiming to give you a better-looking body shape.

Losing excess fat and weight to achieve a desirable figure requires a combination of healthy eating, regular exercise, and good genetics. Still, many people find it challenging to follow such a lifestyle and are left with excess fat in some areas of their bodies. liposculpture is a cosmetic procedure to remove excess fat from beneath the skin with a small suction device, known as a “cannula,” which is inserted under the skin for doing the suction procedure and after breaking down the fat with different techniques like laser and ultrasound. The cannula works by applying a powerful, high-pressure vacuum. Liposuction cannot be considered a solution for obesity because surgeons are only able to remove a limited amount of fat, not all of it. Obesity needs bariatric surgeries like gastric sleeves and gastric bypass. Liposuction, as a cosmetic procedure, removes fat tissues that you can’t get rid of through regular and healthy diets and exercises.  Also called lipoplasty, liposculpture suction, lipectomy, lipomatic, or simply lipo. Liposuction can be used to target a range of areas, including the abdomen, back, arms, hips, thighs, buttocks, calves, neck, chin, and face.

Many people in Iran do not have slim bodies. Many of these people wish for a slimmer figure and are unhappy with their body contouring. To have a good shaped body, genetics, exercise, and a healthy diet is critical. But many people do not have slim-body genetics, and many others cannot stick to a continuous diet and workout. That is why every day, the demand for liposculpture is increasing in Iran. Liposuction and tummy tuck in Iran are the most demanded cosmetic surgeries in Iran. Dr. Gudarzi, one of the best Iranian plastic surgeons, said in an Interview with a Medical travel agency last year, that Iran will be the next hub of tummy tuck and liposculpture in Asia by the year 2022. In the past, Iranian women had gained a reputation for having white skin and being chubby. But during the past two decades, human aesthetics not only have changed dramatically because of the globalization of the internet and changing the taste of Iranian men and women in beauty. If you walk in different cities of Iran, like Tehran, Shiraz, and Mashhad, you will see slim and athletic women more and more every day. All these slim girls do not have this shape of their genetics. They are trying too much to maintain their low weight by workout and diet or by cosmetic surgeries like liposculpture in Iran and tummy tuck in Iran.

How much does liposuction cost in Iran?

The cost of liposuction depends on:

Who is the right candidate for liposuction?

Liposuction is used to improve appearance rather than for physical health benefits. People can achieve the same results as liposuction by:

Experienced liposuction surgeons perform liposuction after their patients unsuccessfully tried for a time to get rid of their fat through exercise and diet. When an individual gains weight, fat cells increase in size and number. Liposuction reduces the amount of fat in isolated areas of the body.

In general, good candidates for liposuction:

If you had a history of diabetes or cardiovascular disease, you’re not the right candidate for liposuction in Tehran. Before proceeding, you have to discuss the advantages and disadvantages of a liposuction procedure with your liposuction doctor in Iran. The final results could be subtle rather than dramatic; so, don’t expect a huge change! To see plastic surgery in Iran before and after photos ask us.

Types of liposuction in Tehran, Iran

What should I know before the liposuction?

First, consult with an excellent liposuction surgeon in Iran about:

If you decide to go ahead with liposuction, your surgeon will give you the needed instructions on preparing for liposuction like some special diets and alcohol restrictions. Inform your surgeon about any allergies and medications you may take. The surgeon will likely recommend you stop taking some medicines, such as blood thinners and specific painkillers several weeks before starting the surgery sessions.

What Could You Expect After the liposuction? Liposuction risks and recovery

Cosmetic surgery, like other surgeries, could be followed by some side effects and risks:

You can reduce liposuction side effects by making sure it is done only by a well-experienced and board-certified cosmetic surgeon. You have to expect some bruising, swelling, and soreness for at least a few weeks. To prevent infection, the surgeon will prescribe some antibiotics. Usually, you have to wear a compression garment for a month after liposuction to control the possible swelling and also get better body contouring. Most people can return to work within a few days and get back to normal activities within a couple of weeks, but this may differ per individual. When can I see my liposuction results? The results of liposuction may not be apparent until the inflammation and swelling go away, which may take up to several months. Most of the swelling settles after about four weeks, and the area where the fat was removed should appear less bulky. If you maintain your weight, you will have permanent liposuction results, but if you gain weight, you will see fatty areas in your body gradually. If you have fat accumulating in your hips, it is your new problem in the buttocks area, and you may need a buttocks liposuction or even a thigh lift.

To keep the new shape after body contouring surgery, you must follow a new diet including:

Which countries are the best for liposuction?

According to a report by IMTJ in 2019, the most affordable places to get high-quality liposuction surgery abroad are:

Liposuction and lipomatic in Iran are frequent cosmetic surgeries in Iran. Liposuction is always at the top of the patient’s attention in both eastern and western countries. Furthermore, Iran is a popular medical tourism destination, and it is one of the best places for cosmetic surgeries abroad. You can find the best plastic surgeons in Iran who are the members of Iranian society of plastic surgeons. Lipomatic and liposuction are the best options to get rid of additional fat for those unable to stick to a healthy diet or do regular workouts. Therefore, liposuction is an easy way to be fit without tense exercises. Professional well-experienced surgeons in Iran do liposuction surgery. In the procedure, the surgeon drains additional fat from regions such as hips, tights, and abdomen. Besides, liposuction in Iran is safe and inexpensive if you are looking for a proper place for plastic surgery. Plastic surgery in Iran’s price is the lowest in the world.

As like in any other country, Liposuction in Iran is done by removing the accumulated fat from the local body parts, such as the hips, abdomen, or thighs. The operation requires 1 to 4 hours per session to create a skin hole and absorb the targeted fat.

How is liposuction performed in Iran?

The operation of liposuction in Iran in modern clinics in Tehran, Mashhad, and Shiraz is performed through some standard and universal steps:

Liposuction Costs in Iran, Way Too Cheap for Foreigners!

However, the price of liposuction in Iran is lower than in other medical tourism destinations because of the devaluation of the Rial, Iran’s currency in recent years. Depending on the location, your surgeon, the clinic, and the number of liposuction areas:

The best liposuction clinics in Iran

There are some excellent liposculpture clinics and hospitals in Tehran, Mashhad, and Shiraz. Some of the best Liposuction clinics and surgeons in Tehran are:

Frequently Asked Questions of the Liposuction

Are may liposuction results permanent?

It depends on your weight management after your liposuction operation. During liposuction the fat cells are removed permanently, but if you can gain weight again, your will develop new fat cells and you may need another liposuction. how long after liposuction can i see results? You can see initial liposculpture results in Iran after the surgery but to see the full results you have to wait till swellings fully fade away.

Do I need to stay in hospital after a liposuction?

Usually, you don’t need to stay in the hospital after liposuction.

How many days do I have to stay for a liposuction in Iran?

You have to stay 4 to 7 days after your liposculpture surgery in Iran for post-op sessions and recovery.

How much does a liposuction cost in Iran?

It depends on some factors like the city, the surgeon’s experience and expertise and the clinic. It costs from $300 for one area of body. A full-body liposuction cost in Iran is $1,900 on average base on Iran health ministry reports. The full-body cost of Vaser liposuction in Iran is around $3,900.

Do I need someone to take care of me after liposuction in Iran?

If you bring a friend or family with you, he/she can take care of you after your cosmetic surgery in Iran to help you change clothes and eat foods. Also, GOMEDIRAN provides in-house nurses for its patients to take care of them while recovering in Tehran.

What is the best surgery for belly fat?

What is the best surgery for a flat stomach?

To have a flat stomach first you have to try a workout and dieting. But if you couldn’t achieve your desired results, consult the best plastic surgeon in Tehran about a liposculpture or abdominoplasty in Iran.

If you have any questions about liposuction, please fill out.
WhatsApp Or
Get a Free Quote
Menu
We use cookies to ensure that we give you the best experience on our website. If you continue to use this site we will assume that you are happy with it.Ok